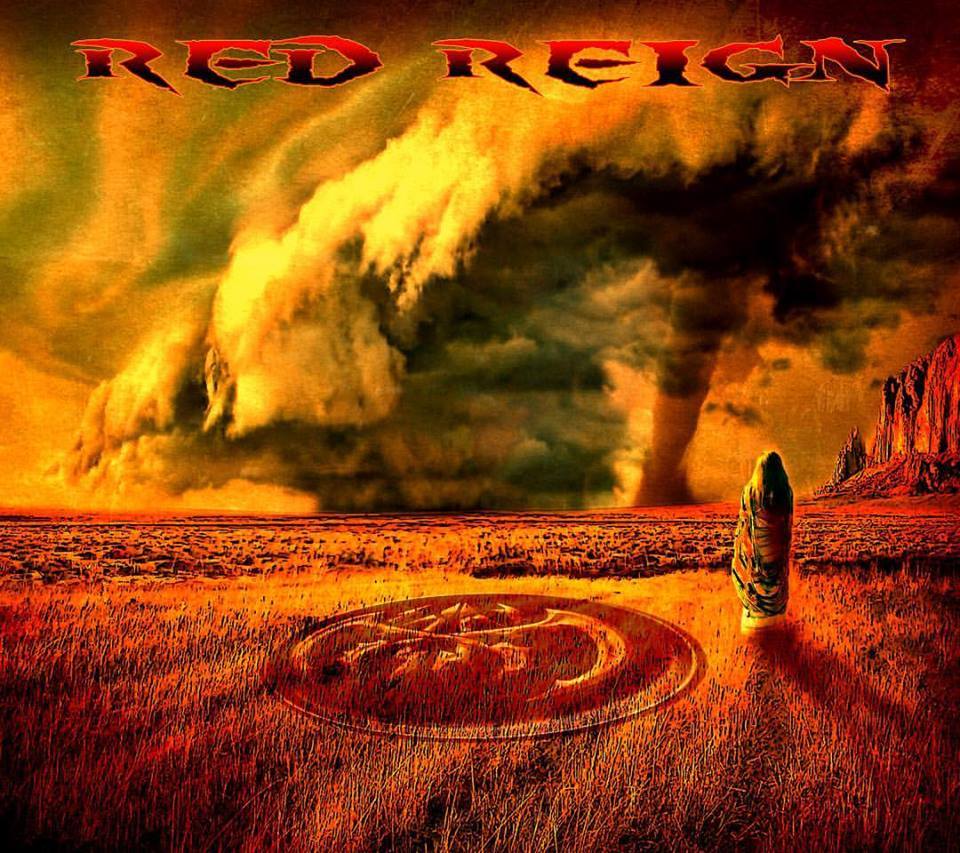 Hard Rock or any Rock N Roll for that matter seems to have gone extinct in the mainstream of American Media. I often wonder how we as a society could mask such a major part of our culture such as Rock N Roll music. We have pushed it aside and replaced it with a mainstream of sound (I Don’t Have The Heart To Call Most Of It Music) that lacks any substance, appeal, heart or talent for that matter. Where is our Rock N Roll? Well, it still remains and is flourishing and if you are willing to look, there are new acts that are keeping the Rock alive for new generations to come. Yes, the classic hard rock burns bright before our eyes in the form of Richmond Virginia’s Red Reign. The band has released a new, Self-Titled Ep that is making some waves in the industry and is packed with 5 cuts that just beg to be cranked to 10.

Feeling a sense of relief that the music that I love still exists, I pop in the Red Reign EP and am hit with a driving power that is “Not That Way.” A pure, unadulterated rocker with a simple riff that just rolls along like a smooth sea of melody and conviction. Carlton “Bubba” McMichael hits the throttle and powers it up while the open picking guitar of Stevie Shred steers the tune into a nice chorus of “It’s Not The Same” which is etched into my memory though the track. Its easy to listen when the music is well written and I have found myself listening to this one quite a bit.

The second track, “Toxic,” my favorite on the EP, climbs in with an eerie intro reminiscent of Metallica’s “Fade To Black” then is launched with McMichael in an almost U2esque, Bono on steroids vocal. The rhythm section of Sammy Lee (Drums) and Larry Moore (Bass) thunder through this dark and heavy rocker like a freight train without brakes and bring home a track that is modern sounding, yet taps into the roots of 80’s rock; impressive and powerful just as it should be. This is one best amped to 11, are my ears bleeding?

With aggression and subtle grit, “Chains” thunders in with some funky, groove driven bass riffs by Moore which are transitioned into a flow of Stevie Shreds grinding guitar. Shred is tremendous, every note hit with passion and precision. This one has bombastic power and overpowering sonic sound.

With “Red Reign” I get the opening riff and immediately sense the influence of Tesla’s “Heaven’s Trail;” with a bit of a southern rock style guitar. “Bubba” McMichael hits the aggression and a full out vocal assault on this one. Another wide open rocker that has style with some high-impact mojo.

For the grand finale, the pace slows and a power ballad called “What Is Love For”eases on in with McMichaels vocal voicebox muffled then slowly picking up speed with a roaring passion. This is pure strength and the band showing a diversity that caps off a truly fantastic EP.

If you want to know if Rock N Roll is still alive, check out Red Reign and their latest ep. You will see that true Rock N Roll is still alive with more substance and even greater music. The boys in Red Reign have made a statement in 5 songs that many have never made with a full album; that statement is: songwriting and music played with true passion only takes a moment to be truly endearing. That moment is now and that moment is Red Reign.

Special thanks to Chip Ruggieri of Chipster PR & Consulting for getting this into my hands. Its guys like this that keep the rock alive and help to spread the word for the music that we all love.

What Is Love For