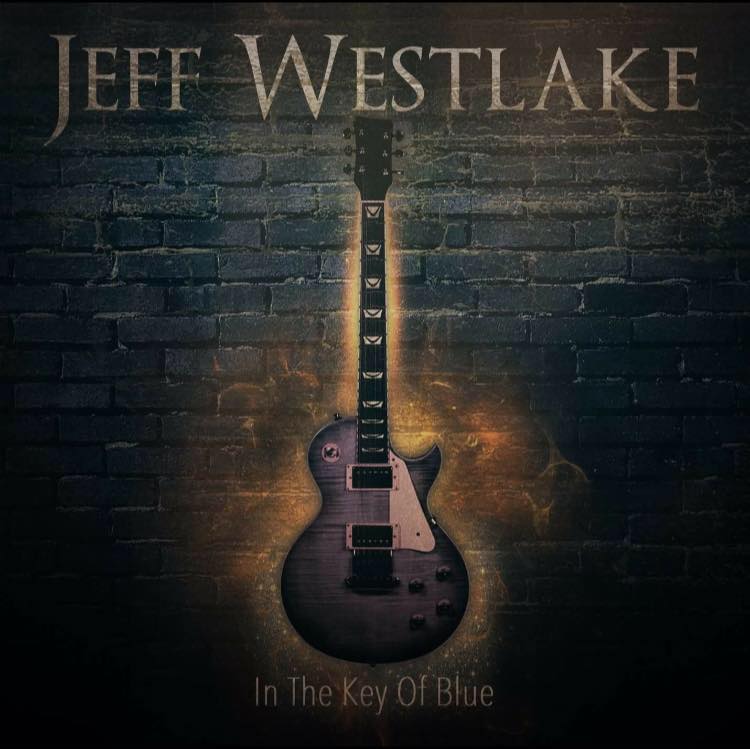 I understand that we are a Hard Rock & Heavy Metal website and we concentrate on reviewing albums from the Hard Rock and Metal artists. Sometimes there is a release that has its roots in the Hard Rock genre that commands our attention. Jeff Westlake is best known as the founder, guitarist and songwriter for the band Hydrogyn. Hydrogyn has been making noise on the hard rock scene for many years now and most currently with the bands 2017 Release “Redemption” which was released in March via High Vol Music. Westlake forever being a musician that loves to break into new  territory, has taken his guitar playing and songwriting into the world of blues rock. This journey has resulted in an amazing debut titled “In The Key Of Blue.” From hard rock & metal influences a new player in the blues rock arena has entering the ring with both fists swinging. The result, a high powered knockout of an album that delivers the best of Santana, Stevie Ray Vaughn, Gary Moore, Dave Meniketti and ZZ-Top.

The album opens with “Midnight Whisper” which gives off the Stevie Ray vibe right from the start. Westlake takes his guitar playing to another level and shows a precision and feel that just oozes thru every single note. More of the same with track 2 “Heart To Burn” which has a more aggressive vocal and a touch more of the fusion meets ZZ-Top.

I actually had the opportunity to hear the next track all throughout the formative stages of the writing and recording process and I must say that I have enjoyed “So Much Love To Give” right from the start. The basis of any song is what comes from the heart of the artist and Westlake has laid down a blues masterpiece in my opinion. The song encompasses what Jeff was looking for and that is elements of Dave Meniketti and Gary Moore and this song has both. So, much feeling and guitar playing that is just outright mesmerizing. From the opening riff to the volume swells at the end, I have found myself enjoying this one over and over.

There is just an abundance of styles in this one and “Who Gets Vodooed” delivers a heavier sound and more powerful presence of Gary Moore. Jeff’s influences are noticeable, but he defines his style and makes every song his own. I really hear the quality in the production on this song and Terry Withrow has brought a huge presence into the fold. The sound is massive and the quality is an 11 on a 10 scale.

The song writing is very diverse on this album and “Love Your Way” gives me the Santana vibe and an eerie feeling blues ballad that just projects style, passion and presence. A Beautiful piano intro and Westlake delivering a powerful vocal right from the start. Again, I cannot say enough about the smoothness and feeling of the guitar work here. This is truly amazing and if there was a high from hearing guitar playing, I am there. With the next track, “In The Key Of Blue,” I get more of the Carlos Santana feel with a touch of keyboard accompanying more of the 6 string excellence that is prominent throughout. The tune has a relaxing feel and I find myself tapping my foot with every single note. Like I said earlier, mesmerizing and in a tranquil state is where I am at with every note. 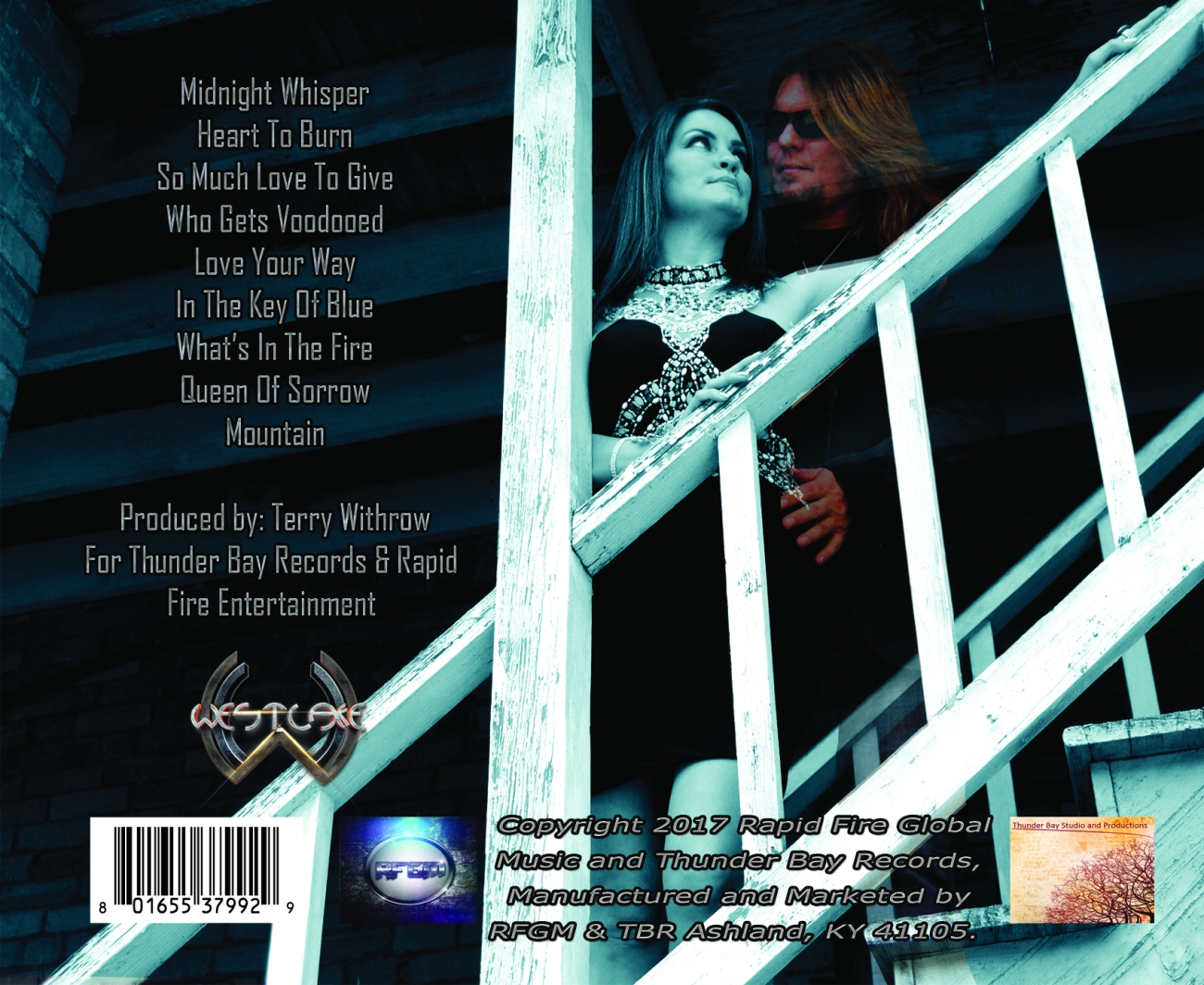 The power and aggression kicks back in with “Whats In The Fire” which is a flat-out power jam. This is ZZ-Topesque and delivers the power and the passion right where it should be; I see the volume control being cranked on this one.

The volume remains cranked and in powers “Queen Of Sorrow” with a driving harmonica and a crunchy guitar riff that brings more of the ZZ-Top style. This is a true foot tapper with a massive groove and powerful vocal. I also get an Aerosmith type energy here, with the Steven Tyler wails and the heavy distortion grinding behind the vocal; more of the diversity and style that burns hot in the core of this album.

Did I mention influneces? Well, in kicks “Mountain” which is aptly titled as I hear a ton of Leslie West in this one. Groove based and heavy is Westlake’s hard rockin fortay and he delivers it in a blues style on this one. Massive distortion and guitar playing bliss is where this reaches and is a fitting way to end a glorious ride through the Keyhole and opening the door to one fantastic blues rock album.

So often in music the artists are only recognized for a certain style of music or playing. We often never get a chance to see or hear the styles that influence them and empower them to write their music. Jeff Westlake has shown us that in every Hard Rock song that he has written, there is another side. The other side of an artist that is impassioned is delivered to perfection here. If you love guitar playing, then the table is set and the key that opens an incredible blues rock album is right here “In The Key Of Blue.”

Many thanks to my good friend Jeff Westlake for letting me be an ear for the making of this great album. I can honestly say that I have learned more about quality and professionalism and their importance in the making of an album.