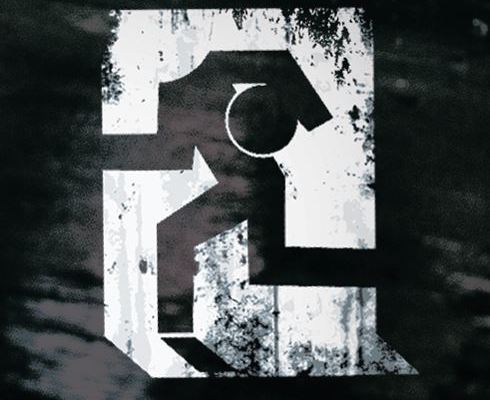 The Worldwide Hard Rock Scene – has a plethora of great bands. Some reach a modest level of success and some reach the pinnacle of the genre. What every band has in common is that each of them start on a local scene playing everywhere from the area’s best concert hall to the area’s biggest dive-bars. It takes an extreme amount of dedication, the ability to write great songs, deliver a superior product live and most of all, a little luck to get noticed. On the competitive Finnish rock scene, there are a multitude of bands that are driven and have the necessary elements to make the big time, but no band packs all of the elements more than State Of Emergency. A melodic hard rock act that combines all of the tools to reach the big time. I had the opportunity to chat with the bands founder, guitarist and songwriter, Matti Sahla, who’s passion about the music that the band delivers is second to none. Here is my interview with Matti Sahla of State Of Emergency – a band that is making plenty of noise on the Finnish hard rock scene and who is poised to make a huge impact on the global scene…………………………………………………

FastLane: How did State of Emergency get started? The existing lineup sounds great and the sound that you guys have gives the feel that the band has been together forever?

Matti Sahla: State of Emergency was officially established in 2012, but the group has been doing music since 2004. At first we had a band called New Horizon, where we played with my brother Antti, cousin Pasi and a guy from next door called Roni. This group formed the basis for State of Emergency. Things started happen after Pasi Sahla decided to rise up from the drummers seat and took the position of our lead singer in 2009. One year later were Pasi Vuohijoki and Klaus Rintala joined the gang. So yep we have been together as a group for some time.

FastLane: That is really cool to hear how the band formed. Pasi going from drummer to vocals is great. He is an excellent vocalist and really fits the melodic rock style that you guys have.

Matti Sahla: Thanks Actually we have three drummers in the band. Pasi Vuohijoki came at first to audition the drummers seat, but we realized this guy was really talented multi-istrumentalist and had lots more to offer playing the guitar. Besides Pasi V. was too good of a guy to let go so we took him as our third guitarist. I knew Klaus from a former band we had together. After a little talk he was willing to join the band and we have had the same group ever since. So Klaus is the official drummer of the band.

FastLane: That has to really help out with the writing and the structure of the material. The band is very diverse and many of the members are able to play multiple instruments. So when the songs are written, who is the main songwriter or do all of the guys have input with the material?

Matti Sahla: The basis for the songs are usually composed and written by me and Pasi Vuohijoki. Usually we play with the new tune as a group, and try to figure out the ideal arrangement for each instrument with the persons playing them. Singer of course can fit the arrangement suit his voice the best and the drummer, bassist and guitarists will make arrangements fitting to their style. We try lots of different things and decide what works best as a group. We are quite democratic in that sense.

CHECK OUT THE NEW STATE OF EMERGENCY SINGLE “THE END” AT:

FastLane: One thing that I do notice in the European bands is your attention to detail. It seems like the professionalism and the quality of the product is what gives you that extra edge. For example the new single “The End.” The songwriting is meticulous and the video is extremely professional. I know that when we talked earlier about the Finnish scene and how you guys market the material, you mentioned that you write a strong single and make it mega professional. What goes into the decision on what song to release?

Matti Sahla: I have to say that is one of the most difficult things. Making professional products isn´t that cheap, so many good songs are still unreleased. For or first EP “Freezing Nights and Rainy Days” I remember we voted on 4 songs that should be released. With The End –single we had quite strong consensus about putting it out. We still have lots of unpublished songs, for we tour mostly playing our own material. Now we have enough material for two full albums (little bit less than 20 songs) of which 5 are officially released.

FastLane: I totally understand about cost and ever since I heard “Rain” I have seen that you prefer quality over quantity. I admit that I totally agree with that approach. So, with all of the material that you have, do you play those songs live even though they are not released on an album?

Matti Sahla: Yep, sure. We have a really active fan base and even though the songs are not officially released, you can see some people singing along and knowing the words after seeing many shows. I think that’s quite neat!

FastLane: That is really cool. I have to admit that I am a fan as well. I have always been a big fan of the melodic rock style that you guys have. When Roni sent me the “Rain” video almost a year ago, I was extremely impressed and have been listening ever since. Are the songs that are not released of the same style? The band seems to me like they can play any style of music. What I mean is that do you stay with what works for you or do you experiment a little?

Matti Sahla: Thanks, really good to hear! The other songs are the same genre I would say. The next song that we release will most probably be softer, maybe even an acoustic song, so more diversity will be expected in our releases. Inside closed doors the band experiments a lot from bossa nova to speed metal, but that’s mostly for our amusement.

FastLane: I could definitely see that. I am always looking forward to see what you guys will do next. I bet that with everyone being able to play many different styles that it makes it easier for you as a songwriter.

FastLane: How about influences for you as a musician and songwriter?

Matti Sahla: For composing and arranging music you can get inspiration from basically everywhere you can hear the music. I´m not really a genre limited person. I listen music from heavy to pop and even rap and I think there is a lot more possibilities as a song writer if you don´t limit your thinking with genre. Some great riff might originate from jamming bossa nova with the boys and you accidentally stumble into something new. For the texts I usually have some concrete base on which to base the song. It might be something that you heard has happened to a friend of a friend. Then you use a little bit of coloring to it and create a whole new story.

FastLane: I can see the influences in the music. Its always cool to hear the background of how an artist puts together the material. That gives another way for the listener to interpret the song and it also adds a whole new dimension.

How about the bands plans for the near future? What are you guys looking to accomplish?

Matti Sahla: Couple of years ago we were asked the same question in the local radio and one of our guitarists answered something like “First we conquer Turku -region, Then the whole Finland and after that the world.” I suppose at the moment we are in the process of taking on the whole Finland and at the same time opening doors to other countries. We are intensively touring inside Finland, but also having some shows in the neighboring Estonia. For release plans, now we plan to build up more the global fan base with great singles. At some point we will release a full album, but not at least on 2017.

FastLane: You have always had a plan in place ever since I began chatting with you. I honestly believe that State Of Emergency will be picked up by a major label eventually and I can see great things ahead for you guys. I really wish you the best.

Matti Sahla: Thanks a lot!

FastLane: How about any last words that you would like to convey to the US audience?

Matti Sahla: I would like to say for the people to take interest at your local bands and musicians and support them. There are really lots of talented people out there, who just need a little support and encouragement to have even a possibility to really make it.

FastLane: I totally agree. That is exactly what I have been doing here on our local scene and I have been trying to globally as well. I have you guys set for a radio spot here and I will send you the details as soon as I get a confirmation as far as show time etc..,

FastLane: Matti, thank you so much for chatting with me. I really appreciate not only your kindness, but the great music that you and the band have shared with all of us. I will keep spreading the word.

Matti Sahla: Thanks a lot for the interview and the support.

STATE OF EMERGENCY IS: