CORNERS OF SANCTUARY DROPS “BLOOD AND STEEL” VOLUME ONE

I sit and look back on another year and through all of the good times and bad of 2017, there was always one constant and that was and always has been music. It has always been there for me and the best albums and songs have a moment […]

The mighty Ray West, lead vocalist for hard rockers Spread Eagle and his new project, Weapons Of Anew, chats with the FastLane. Ray gives us some incite on the early days and formation of Spread Eagle, the music scene back in the day to the current successes with […]

The Incomparable voice of STRYPER chats with the FastLane. Michael gives us the inside scoop on how the band got started, how being a Christian act getting started in the Hard Rock Genre was in the early days, the bands early success, how Stryper has been one […]

The FastLane catches up with the mighty voice of Babylon A.D. – Derek Davis. One of the best bands to come out of the Golden Era of Hard Rock, Derek chats with us about the making of “Revelation Highway,” the brand new album that delivers the bombastic […]

Swedish Melodic Metal’s finest, Air Raid, has been tearing up the scene since its formation in 2009 and their new album “Across The Line” packs an onslaught of power and melody that is certain to take the band to the next level. The FastLane caught up with Guitarist […]

The FastLane catches up with Florida’s master of shred. Mikey Cunningham sits down for a chat and delivers the inside scoop on how he got started, his influences, the Aftermath band, upcoming album and so much more – the shred master delivers.

Air Raid from Gothenburg in Sweden were formed in 2009 by guitarist Andreas Johansson. After a two-track demo in 2011 and CD EP called »Danger Ahead«, the band’s debut album »Night Of The Axe« saw the light of day in 2012, followed by the critically acclaimed »Point Of […]

One of the Premier bands born on the LA Scene during Hard Rocks hey day, Rough Cutt, took the scene by storm, then sailed off into the sunset way before their time. Now the thunder is back and the original lineup reunited, band mates Chris Hager and Paul […]

JEFF WESTLAKE – INTERVIEW – ANOTHER MUSICAL SIDE – “IN THE KEY OF BLUE”

Jeff Westlake – The acclaimed musician, producer and founder of Hydrogyn – shows another musical side and opens a brand new door with “IN THE KEY OF BLUE.” From Hard Rock roots comes a blues album that puts a new twist on blues rock and launches a […] 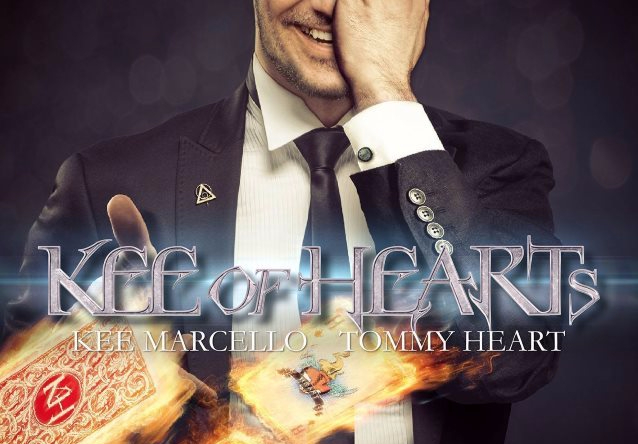